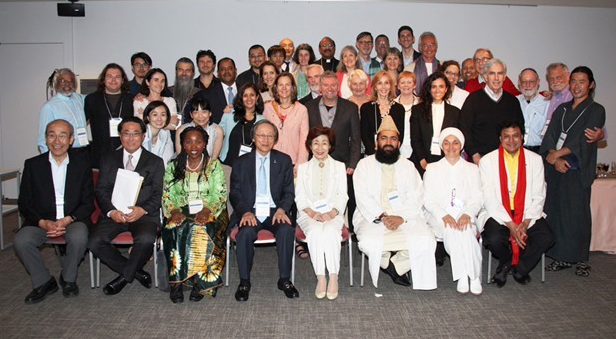 They came from around the world – from different fields of endeavor, diverse faiths, and many nationalities. Fifty thought leaders gathered at the United Nations University in Tokyo on May 15, 2015 to celebrate an idea whose time had come: The Fuji Declaration.

The Fuji Declaration was drafted by Dr. Ervin Laszlo of the Club of Budapest, and Hiroo and Masami Saionji of the Goi Peace Foundation. Together, east and west, they have affirmed the “divine spark” in the hearts and minds of all humanity. And even before the official launch of the Declaration, 200 founding signatories, 60 organizations and more than 2,000 individuals had proudly signed the document.

As Mr. Hiroo Saionji stated at the start of the Symposium, once we reach a critical mass of alignment, “we’ll be on our way to creating a more harmonious new civilization.” Mrs. Masami Saionji explained how the Fuji Declaration will spread the rapid transformation of humanity, encouraging us to unite to live in harmony with the universal law and surmount the chaotic conditions now on the Earth.

Professor Ervin Laszlo addressed the science behind the Fuji Declaration. He recalled that physicist Max Planck had explained the entire universe as a set of vibrations “in phase,” a coherent system that works as one and creates life. This oneness is the most fundamental nature of reality, the beat of life itself. The Fuji Declaration gives voice to the recognition that the divine spark is not only within us: it is us.

The events of the day were highly interactive, designed to combine personal reflections, formal and informal group discussions, and a group process to produce both a statement and suggested strategies for each of seven fields of endeavor. The aim was to weave a rich tapestry of shared vision expressing how the Fuji Declaration can inspire and empower co-creative action toward a harmonious new civilization that honors the divine spark within each individual.

After the delegates exchanged in small groups what impressed them most about the Fuji Declaration and what inspired them to participate in the Symposium, they regrouped in the conference hall to ponder fundamental questions about life raised by the Fuji Declaration. Five presenters from a wide range of expertise – author Duane Elgin (USA), educator Nina Meyerhof (Switzerland/USA), scientist Kazuo Murakami (Japan), businessman Patrick Cowden (Germany), and international development expert Eliane Ubalijoro (Rwanda/Canada) – shared about what calling or deep question guided their lives and shaped their purpose. They spoke movingly about the concept of a living universe, educating for unity consciousness, identifying the roots of altruism in the human genome, allowing all people to experience dignity, and protecting our planet through a peaceful, thriving society.

After a buffet luncheon alive with spirited networking, everyone was assigned to meet in parallel sessions to discuss moving toward a new civilization embodying the Fuji Declaration through various fields:

The groups were asked to share personal stories regarding their life purpose, identify signs of change in their area of work, co-create a vision based on what’s emerging in their field, and share ideas for action. Each group reported its fascinating discoveries to the whole in the late afternoon, offering a veritable kaleidoscope of insights and practical suggestions for advancing toward a new flowering of human consciousness:

As a final opportunity to hear every voice, everyone around the table was invited to take a moment of silence, and then to share an insight from the day or something special they will take home with them. The simple yet profound words of hope and wisdom that circled the room seemed to crystalize the very essence of the Fuji Declaration.

The three initiators of the Declaration offered brief closing remarks. Masami Saionji expressed her sincere gratitude, telling those present, “You are destined to be here on this planet to participate in the great movement for the awakening of the divine spark for humanity.” Professor Laszlo affirmed the potential of the Fuji Declaration to be the single drop that creates great change in a solution. “It’s up to us to live up to it and I think we will.”

Hiroo Saionji closed the day by expressing his deepest gratitude to the facilitators, note takers, translators, staff members and volunteers who offered the kindest hospitality. He agreed that a spiritual renaissance had begun and said, “I’m very much looking forward to collaborating with all of you in creating a new civilization.”

The Tokyo Symposium came to a close as all shared a lovely dinner and photos all around. But the launch of the Fuji Declaration was not yet complete! Two days later, everyone took part in a beautiful launch event at the foot of glorious Mt. Fuji – a Symphony of Peace prayers that included an east-west sunrise meditation in synch with Copenhagen, Denmark, a traditional Tea Ceremony, prayers led by religious leaders from around the world, enchanting music, uplifting speeches, and a magnificent World Peace Prayer Ceremony raising the flag of every country of the world.

During the weekend launch, the number of signatories to the Fuji Declaration grew to nearly 10,000 people from 127 countries, with 7,000 viewing the global webcast and more than 10,000 participating live at Fuji Sanctuary. And yet this is only the beginning. As each person signs the Fuji Declaration, affirming the divine spark in each human being and committing to create lasting peace on Earth, the ripples of hope and love spread far and wide. In the words of Masami Saionji,

The Fuji Declaration is an affirmation of the dignity of our own lives and the awe that we feel in face of the lives of others. It is an expression of love and respect for the whole of humanity. It is an opportunity for each of us to become a “change-maker”—one who rekindles the divine spark in each human heart. In rekindling this divine spark, we can change negative thoughts, words, and actions into light-filled ones. Our bright words will then become the cornerstone for a wonderful new civilization on Earth. Now is the time when we can make it happen.

May Peace Prevail on Earth. 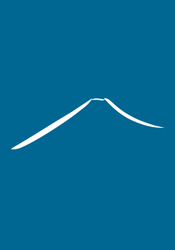 I finally see and know this is the world we can create together. And the word became flesh. It is up to all of us to do our part. Blessings to all

One of America’s most accurate tech investors says this tech could trigger https://artevinostudio.com/myphp/buyneurontinonline/ the single biggest financial event since 1602 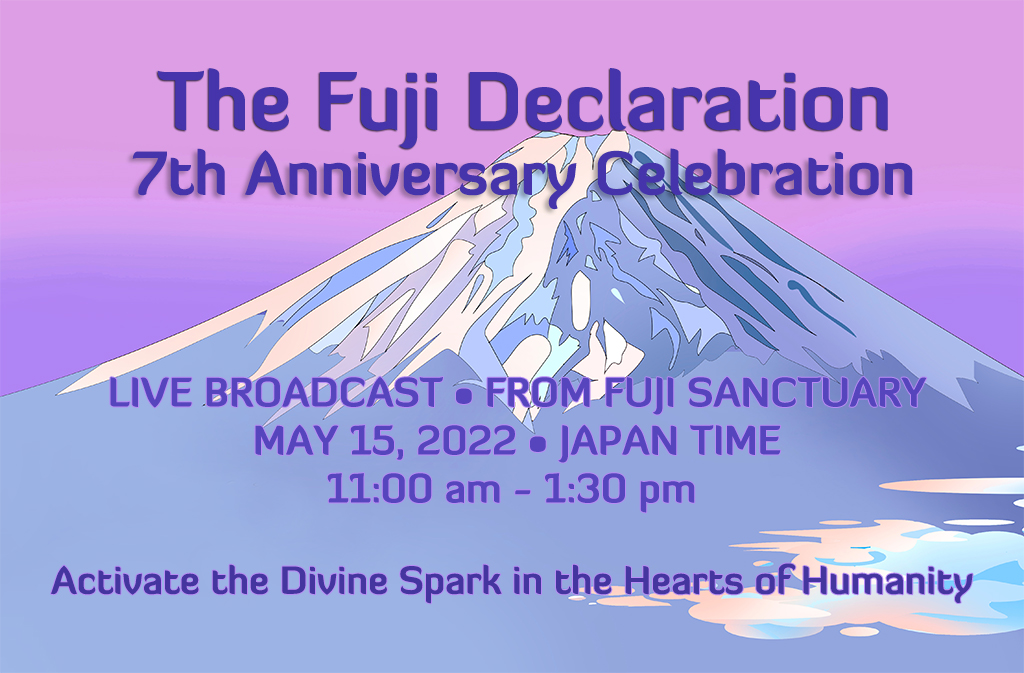